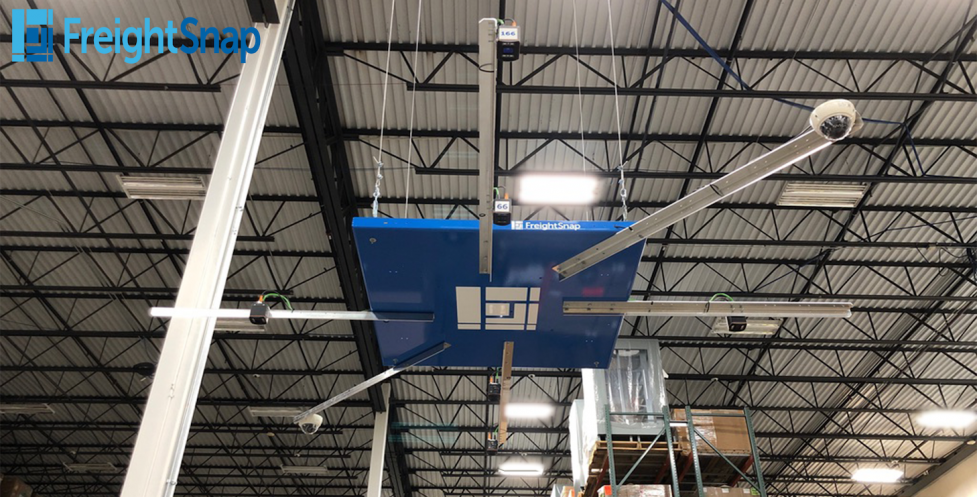 By the time Jaron Klopstein made his first call to FreightSnap he had a dilemma on his hands. Two of his freight management customers were being adversely affected by freight audits and billing adjustments.   Flexaust and Texcel Rubber manufactured and distributed large bulky items such as hoses and fittings, which required dimensioning to obtain accurate measurements. Both companies had complex operational structures in place and different TMS and Accounting systems. Jaron anchored his strategy around the Cerasis Rating System, a software offering Motus utilized with their customers. He knew that hand measuring wasn’t possible for most of the items, and even if it was possible, neither company had the personnel to accomplish the task. After discussions with both FreightSnap and Cerasis, it was decided to recommend the FS 5000 pallet dimensioner from FreightSnap and then have the data integrated directly into the Cerasis Rating Software. Here is a little background on Flexaust and Texcel Rubber.

Flexaust is a manufacturer of industrial-grade flexible hose and ducting and supplies hose accessories such as couplings, connectors, cuffs, and attachments. The company is based in Warsaw, Indiana and celebrated 80 years in business in 2018.

As the company was nearing its 80th anniversary, it was facing rising freight costs. In rural Indiana, there is not a lot of competition among carriers. Flexaust’s shipments varied greatly in weight and volume. Orders might contain high-volume, low-density hoses or low volume, high-density hose couplings in any number of combinations. The company faced a lot of disputes with carriers overweights and classes, and reweighs and re-classes were costing the company money. The delays were resulting in unhappy customers.

Flexaust had engaged with a third-party logistics service in the past and was not impressed but knew that something had to change. Company growth was straining their current staff to the maximum, and Flexaust did not want to increase its shipping and logistics headcount. Their existing system failed to provide the necessary visibility into actual shipping costs vs. what was being charged to the customer, and it did not provide reporting on shipping volumes by destination over time, data that was essential to have if Flexaust’s logistics were to improve. Additionally, they needed to reduce the number of disputes resulting in re-classes and reweights. Flexaust wanted to stay ahead of rising freight costs by improving efficiency. Reduced shipping costs would be an additional benefit that would result from achieving the main goals of maintaining headcount, improving negotiating power by being more data-driven, and proactively heading off disputes.

Texcel is a supplier of industrial hoses, couplings and accessories; hydraulic hoses and fittings; and fluid sealing products based in Houston, Texas. The company has been growing rapidly and managing logistics was becoming overwhelming. The company didn’t have a TMS system and was working directly with carriers. The warehouse team was often making poor shipping decisions which were costing the company money. Texcel was receiving a lot of overlength fees, reweighs, and re-classes for its shipments, and keeping up with audits and claims was becoming increasingly difficult. 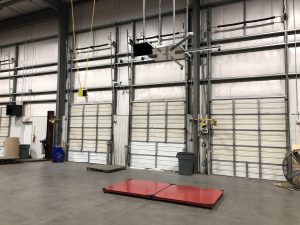 FS 5000 unit over scales at Texcel Rubber in Houston, Texas.

The Implemented Solution Resulted in Improved Operating Metrics for Both Companies

The implemented solution was the FreightSnap FS 5000 Dimensioner which was integrated into existing scale technology and the Cerasis Rating Software. Both companies deployed the same solution and the data was integrated into their existing back-office systems. Literally within days of the implementation, both companies saw a significant reduction in Freight Audits and Billing Reclassifications.

For Flexaust, the improved data was also used to uncover the benefits of opening an additional distribution center which resulted in cost savings as well as improved delivery times for customers. The expanded distribution network enabled Flexaust to win back a customer they had lost to a competitor.

Post-collaboration, both warehouse teams were able to make better shipping decisions on behalf of their companies. They are able to select the carrier which is the best fit for each shipment and consider the costs and benefits of different shipping speeds and shipment consolidation, which resulted in significant savings.  Both companies find it much easier to deal with freight audits when you have images and certified dimensions. In the end, the Freight Audits were greatly reduced and generally were all resolved positively. The last benefit occurred was when Motus was able to do rate negotiations with all of the data at hand. For both companies, negotiated rates dropped significantly and the new dimensioning and rating process continues to provide a solid ROI.

Writing about integrations and implementations make for good articles and discussion, but the process only works when all the parties agree to collaborate openly. FreightSnap and Cerasis worked quickly to provide a seamless path between the Cerasis Rater and the FreightSnap Cloud Repository. The FreightSnap Cloud was built with integration as a goal for their customers. An open API architecture allowed the Cerasis developers to easily map the data flow and provide a single point of entry from the actual dimensioners at the time of the process to the Rating System. FreightSnap engineers performed detailed site visits and meetings with local stakeholders from both Flexaust and Texcel Rubber. “Having FreightSnap engineers on the ground working with us during the planning stages made a big difference when the solution was rolled out,” Jaron Klopstein noted in conversations with his customers. “It was the primary reason we went with FreightSnap as the partner. I talked with a couple of other providers, but none of them offered this kind of service, especially when it came to preplanning and integration. The only way this would work was through collaboration,” Klopstein added.

As part of the process, Flexaust and Texcel Rubber both utilized floor scales integrated into the FS 5000 Dimensioners to capture the weight at the same time as the dimensions. In the case of Flexaust, the dimensioner was placed over the shrink wrap machine to allow for wrapping, weighing, and dimensioning to occur at the same step. “Our product was designed to work seamlessly with other dock equipment and technologies,” said Michael Eichenberg, CEO of FreightSnap LLC. “It has always been our strategy to work closely in both the planning and implementation stages with our customers. This has been a cornerstone philosophy from the beginning and a big part of our success.”